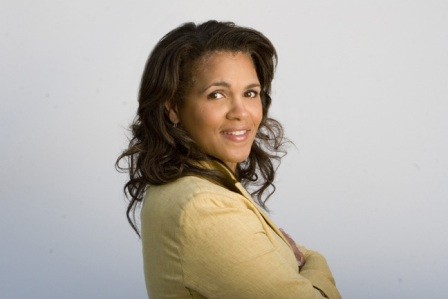 Stacy Milner cares about Black youth and wants to make sure they have access to the tools necessary to be successful in life. She is also highlighting that path through Historically Black Colleges and Universities (HBCU) with her diversity outreach program, Entertainment Industry College Outreach Program (EICOP).

“We are dedicated to educating, training and recruiting the best and brightest diverse student leaders from our nation’s Historically Black Colleges & Universities (HBCUs) and other Predominately Minority Institutions (PMIs) for careers in the media, entertainment and communication industry,” said Milner.

Originally from Dayton, OH, Milner moved to Los Angeles to live with her aunt and uncle after high school.

“The goal was to gain residency to make college more affordable,” said Milner. “I got my first job as an NBC Page that began my career journey.”

“During my days of working for the top brass at NBC, I realized no one wanted to call for temporary support when a senior level executive’s assistant was out for the day,” said Milner. “After seeing the need for quality temporary support, I started my own employment agency, Executive Temps.”

She continued, “We have been exclusively serving the industry top tier temporary staff for 30 years. As a result of my early career success, I never attended college.”

EICOP is the bridge she created in which youth of color would cross to a higher education. Founded in 2010, EICOP is a scholastic, workforce development non-profit organization. They developed the bi-annual HBCU College Tours, which were designed to educate, develop and recruit gifted HBCU students for careers across the entertainment industry. It was out of the EICOP that a special program would be born.

“The success of our tours resulted in EICOP joining forces with The White House Initiative on Historically Black Colleges and Universities under President Obama’s administration to showcase talented young men and women produced by our nation’s HBCUs,” said Milner. “From this partnership we launched our signature Los Angeles based HBCUs in L.A. Internship Program.”

The program focuses on educating, developing, training and placing students in internships with major studios, networks, talent agencies and production companies. It serves as an innovative pipeline to provide access and opportunity to student groups who have traditionally been underrepresented.

HBCUs in L.A. provides housing for a select group of the top performing student leaders to participate in an 8-10-week paid summer internship experience.

“Our goal is to increase attendance at Historically Black Colleges and Universities through our program,” said Milner. “When students see HBCUs providing these types of pathways to their career goals in the entertainment industry, they will see one more reason to opt for the rich experience of attending an HBCU.”

“Interest in the program is not surprising considering the lack of access that has persisted for the population it serves,” said Milner.

“The impact has been tremendous given the fact the in just two short summers 10 HBCU students are now living and thriving in Los Angeles working with major talent agencies, studios, networks and production companies.”

Milner discussed when the reveal of the Oscar nominees in 2016 began early calls for more diversity in the entertainment industry.

The HBCU in L.A. program became a timely response to that lack of diversity.

“Following the #OSCARSOWHITE backlash, the industry was looking for a solution to their lack of diverse representation,” said Milner. “HBCU in L.A. has proven to be that solution when it comes to meeting the industry’s desire to recruit and develop a workforce that is reflective of the communities they serve.”

HBCU in L.A. is growing and there are plans to expand the program beyond Los Angeles in 2020. Milner is in planning to create a semester-based HBCU program. This summer will see the kick-off of HBCU Hollywood Welcome Week inviting a new class of HBCU students to the L.A. program. Milner also wanted to share something with the community.

“We invite your readers to join us in our mission of creating a more diverse and inclusive entertainment industry,” said Milner. “Tell your friends and support these kids.

“If you know of a company that would be interested in becoming a sponsor or if you would like to donate to our organization.

“Together we can shape the entertainment industry for the next generation.”

For more information on Entertainment Industry College Outreach Program and the HBCU in L.A. program, please visit us at https://www.eicop.org.