Uzo Aduba on Returning to Broadway in New Play ‘Clyde’s’: ‘This Is My Lifeblood’ 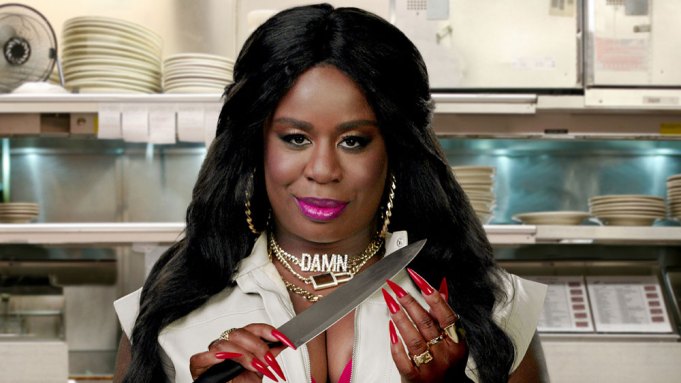 In the play, Aduba stars as Clyde, the owner of a truck-stop sandwich shop staffed by formerly incarcerated people. “Clyde’s,” with a cast that also includes Ron Cephas Jones, Reza Salazar, Kara Young and Edmund Donovan, is set to open at the Second Stage’s Hayes Theater on Nov. 23. Previews begin in less than a month, which seems like a lifetime when planning live entertainment during a pandemic.

“When you’re on Broadway, the question that is always overhead is how long until we’re told we’re going to close?” Aduba tells me over the phone from her New York-area home. “I’ve never been in a show where it’s been ‘Are we even going to open?’ because the drama’s happening so big offstage. There’s a character bigger than any of us at play here that makes all of this seem like it’s built on shaky ground.”

But Aduba is hopeful “Clyde’s” will go off without a hitch. “I am an optimist in my core and spirit,” she says. The play marks the actor’s return to the New York stage after appearing Off Broadway in “Venice” at the Public about eight years ago: “My team and I have been looking for something for a long time because this is my lifeblood.”

But Hollywood came calling shortly after “Venice” closed, and her star rose quickly with the premiere of “Orange Is the New Black” in 2013. Aduba’s work as Suzanne “Crazy Eyes” Warren earned her two Emmys, and last year she scored another win for her portrayal of politician and activist Shirley Chisholm in FX’s “Mrs. America.” Most recently, she led and was Emmy-nominated for HBO’s revival of “In Treatment” as a therapist juggling her own life and those of her patients.