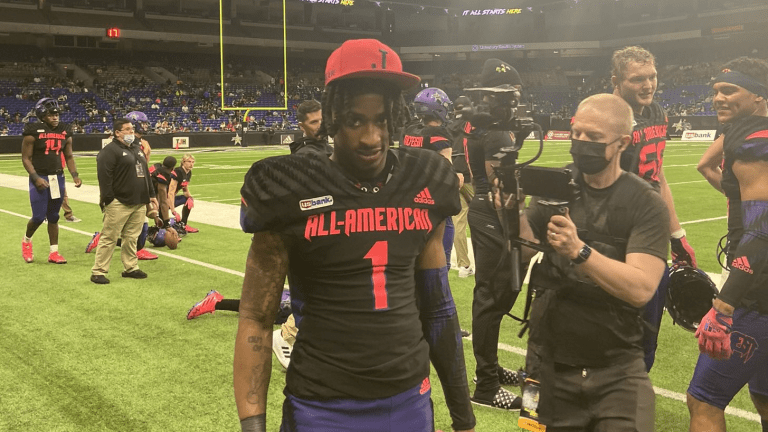 On the 10th and final public commitment of the All-American Bowl, the only surprise of the day went public.

Kevin Coleman Jr., the top-ranked slot receiver recruit in college football’s class of 2022, took his time before making the announcement to pick Jackson State over the likes of Miami, Florida State, Arizona State and others.

As the NBC broadcast urged him to make the pick between several hats on the table, Coleman donned a JSU hat and put on a navy blue blazer before confirming his plans to attend the 2021 SWAC Champion program.

Shortly after the decision went public, Coleman confirmed to Sports Illustrated he made the selection without making a visit to campus.

“I see everything he [head coach Deion Sanders] is doing and I want to be a part of it,” Coleman told SI All-American’s Matt Solorio. “Coach Prime, to be coached by a person who has done it before. Why not? He can teach me. He did it on both sides, he did it on special teams and he is a great person with great character.